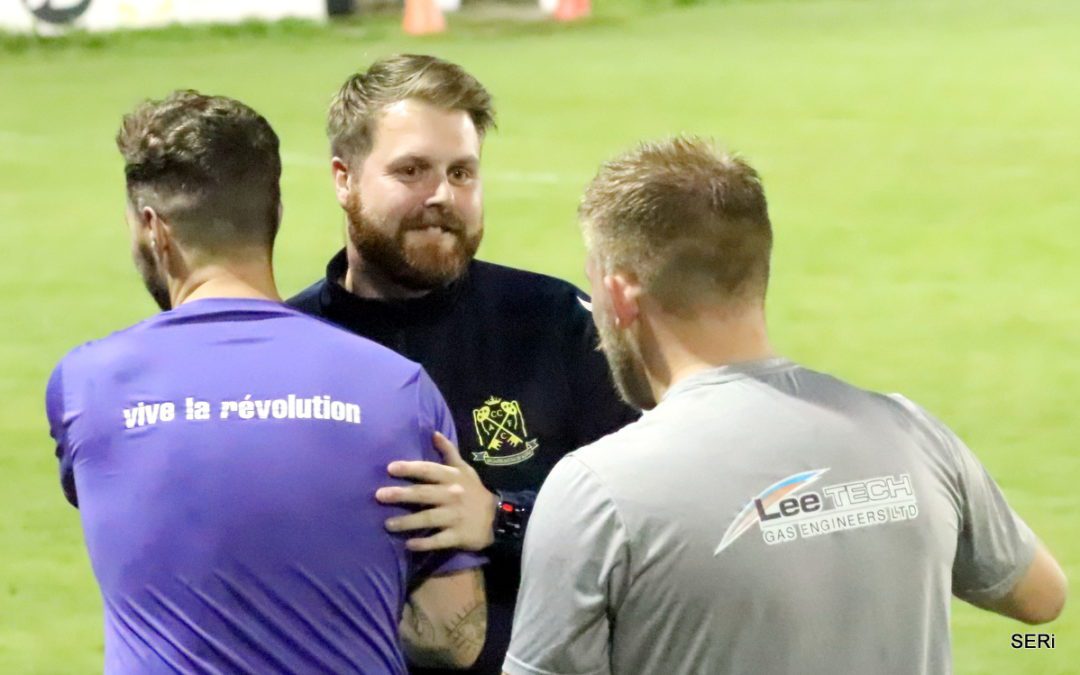 In-form striker Alex Bonthron’s 3rd successive brace and a wonder goal by Lewis Iles brought Cwmbran Celtic an emphatic 3-1 win at Goytre United. Bonthron could have put Celtic ahead in the opening minutes with a close range power shot but keeper McFenton made a fine block when a goal seemed inevitable. McFenton then prevented an embarrassing own goal with a last ditch lunge to clear off the line. Celtic continued to have the better of the 1st half but were restricted to just one goal scored in the 37th minute by Bonthron cutting in from the left. Goytre twice came close , Luke Harris clipping the bar and they wasted a 3 on 1 breakaway when the whole of the Celtic defence was stranded up field. On 41 minutes the home side equalised when debutant goalkeeper Sam Lewis was adjudged to have brought down a Goytre attacker, Edwards scoring from the spot.

In the 2nd half Celtic took control. Bonthron put them ahead on 56 minutes with a penalty after Tom Meechan was bundled over in the box and Lewis Iles sealed the victory in the 79th minute with a superb lofted strike from 35 yards which looped over the despairing McFenton into the net. The depth of Celtic’s squad is so strong that manager James Kinsella was able to empty the bench without detracting from the level of performance in seeing the game out.