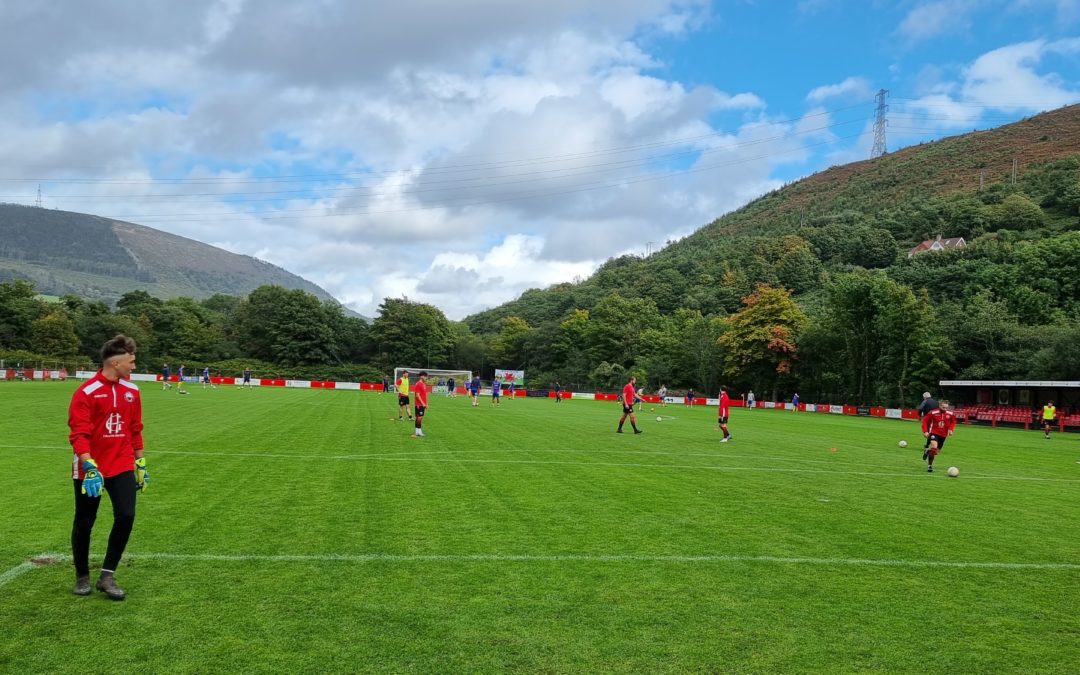 Cwmbran Celtic put up a disappointing display in a 3-1 defeat against a slick Trefelin outfit at Ynys Park. In the first quarter the sides were evenly matched but as the half progressed the hosts got on top and they were rewarded on 37 minutes when a free kick was deflected onto a post and defender Matthew Beynon reacted quickest to slam the ball into the net.

In the opening minutes of the 2nd half Tom Meechan hit the post with a fierce shot but Trefelin continued to dominate and twice tore the Celtic defence apart to increase their lead with goals from Beynon (his second) and Waters.

Celtic sent on Lewis Iles and his arrival sparked the visitors into life. Alex Bonthron pulled a goal back in the 74th minute with a header from Andrew Larcombe’s cross and then Isaac Powell put Iles in but his shot hit the post and bounced clear.

The result meant that Trefelin leapfrogged Celtic to take 8th place in the league table with Celtic dropping to 9th.