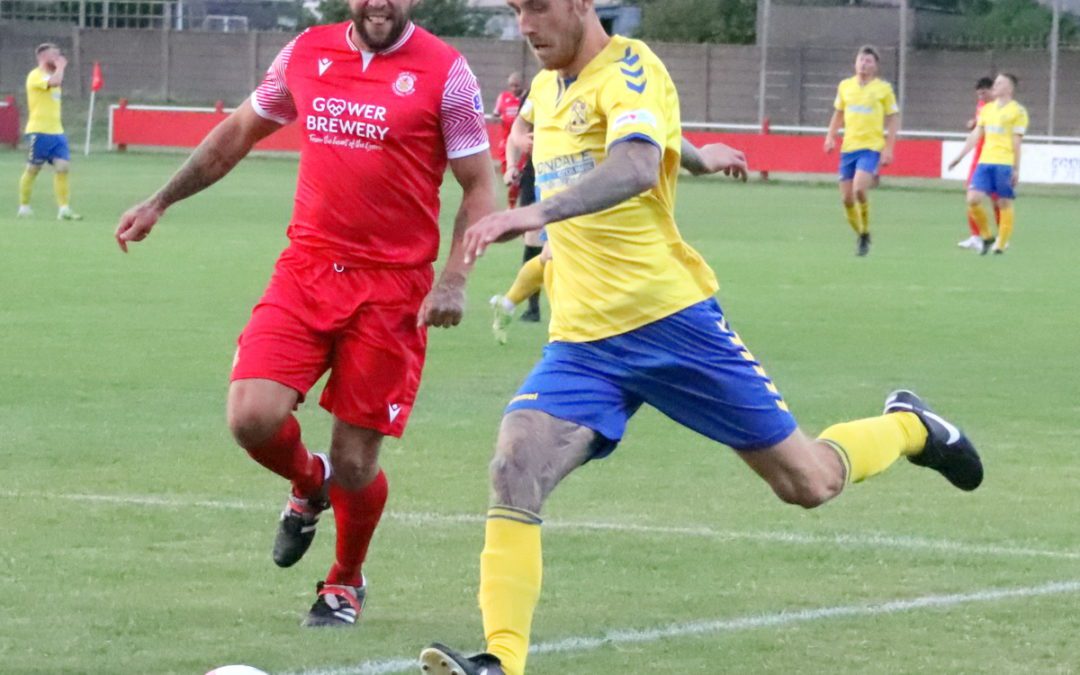 Cwmbran Celtic went into this Friday night cup game in good spirits after their encouraging display earlier in the week at Llanelli, however they crashed to their 3rd successive five goal defeat against the seasiders with a very poor defensive display. Last season Lido won 5-2 and 5-0. A lob from Jones put the hosts 1-0 ahead on 5 minutes after Celtic failed to deal with a cross from the left. Celtic levelled the scores in the 17th minute when Lewis Iles forced keeper Cann to hurry his clearance straight to Alex McDowell who gleefully slotted the ball into the empty net for his 1st ever Celtic goal. Lido re-took the lead on 25 minutes when Celtic’s static defence allowed Jones to tap in from a corner from the left. Worse was to follow in the 40th minute when Webber took advantage of a wide open gap down the middle to score Lido’s 3rd goal. Lewis Watkins required a  lengthy spell of treatment for an injury sustained in trying to save the shot.

Captain Andrew Larcombe replaced Watkins in goal for the 2nd half and in the 51st minute Celtic fell 4-1 behind when they only half cleared a corner which allowed Indaji to convert the ensuing cross at the far post. Celtic brought on Alex Bonthron and he showed his eye for goal with 3 shots, one bringing a save from Cann and the other two, both struck with effortless power, flashing over the bar. On 75 minutes Celtic pulled a goal back – a deft glancing header by Lewis Iles from Rippon’s cross. Celtic pushed defenders up to try and save the game. However this allowed Lido to score a 5th goal in the 88th minute by Webber.